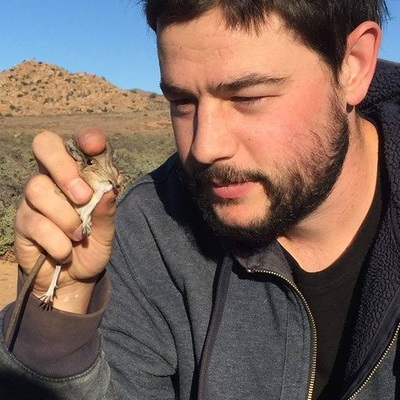 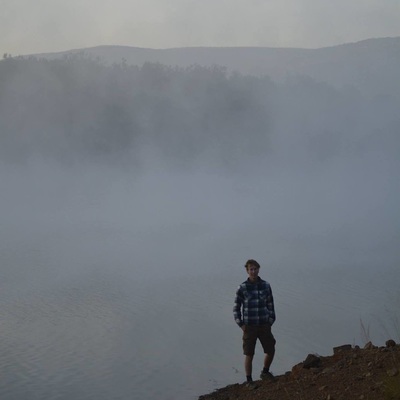 Co-Founder Chris Guggiari-Peel
Jono Gilbert - Co-founder
I am interested in animal behaviour and evolution but also in the cross disciplinary area of biophysics. After studying a Physics Bachelors, followed by an Ecology Masters, the link between these two areas fascinates me. I especially enjoy explaining evolution and behaviour through physical phenomenon. As well as this fairly niche interest, conservation plays an important role in my life. The communication of this globally important subject – particularly through film – has become almost an obsession. I hope that in time Farsight will be able to make a genuine difference to the planet.
​
Chris Guggiari-Peel - Co-founder
​Microscopes and telescopes have allowed us as a species, to observe and understand an ever increasing range of our universe. However, we can often overlook what is right in front of us. The precarious position that so many of our most enigmatic animals are in right now is indefensible. I am fascinated by Evolution, both in its complex yet simple mechanisms and its beautiful outcomes that we see today. What a shame it would be to let millennia of natural processes be eradicated in a century. This is what I want to help stop; every extinction is galling and as our species is the cause, it is our responsibility that we cannot ignore.
It is not my intention to tell people to change their ways, it is to cause pause for thought. Education combined with entertainment is the most effective way to change people’s perspectives and hopefully their actions.

Emily Pepper - Blogger
Emily is a recent graduate of the University of Leeds, having studied a 5-year integrated research master's degree in Zoology. She is now motivated to pursue a career in conservation that will help to reduce human impact on animals and the environment, and engage others to be environmentally and ethically aware. She has been particularly inspired by her time at the Lilongwe Wildlife Centre, Malawi and Mpala Research Centre, Kenya, and hopes to keep learning about current issues in conservation through travel and research.

Asher Collins - Blogger
Asher Collins is a writer and student from Gloucestershire in the UK. His fascination with Wildlife and the outdoors began at a young age as an interest in birds of prey but has since spread to most corners of the animal kingdom. This has taken him across the UK from looking for golden eagles in the Lake District to basking shark watching on the Cornish coast. He studied science and loves bringing his creative ideas to a scientific environment. Asher is happiest in the outdoors, ideally watching wildlife but he also settles for rock climbing and walking. If he’s really stuck indoors you’ll probably find him making music or doing woodwork.

Calvert Mason - Blogger
Calvert was inspired to embark upon a career in conservation after volunteering in native plant management in the Galapagos Islands back in 2012. Since then his journey has taken him across the globe whilst studying in Conservation Biology and Ecology BSc at the University of Exeter, where he recently graduated. It is his goal to see a new generation of younger people that are passionate about and better educated in conservation and environmental management issues, inside and outside of STEM careers

Iram Cooke-Monie - Blogger
Iram is my name and studying biology is my game. My interest in conservation stems from my degree which has really brought to my attention the complexity of ethical issues surrounding conservation.
Gisela Sepulveda - Blogger
Gisela is an aspiring wildlife documentary film-maker and director. She has a degree in media studies and is working towards completing her second degree in natural science. She is hoping to combine the techniques and knowledge learnt from both to raise awareness of conservation issues.Her other interests include watching wildlife documentaries, photography and travelling.

Jamie Perry - Blogger
I am a volunteer, student, bookworm and outdoor enthusiast. I have an Extended Diploma in Animal Management under my belt and am on the way to completing my BSc in Wildlife Conservation at Nottingham Trent University. My long-term career goal is to work in environmental education to share some of my knowledge and passion with others!

Douglas Drake - Blogger
Aspiring adventurer, writer and environmentalist. Having sold his soul for a few years, Doug is now pursuing his true passions in life which revolve around animals and the natural world.  With a background in business and finance it is likely Doug’s articles will tilt that way but hopefully not to the point of boredom!

Rachel Fritts - Blogger
I have a degree in Biology, and am currently completing a Master’s in Marine Environmental Management. I love to travel and explore the natural world, and hope to combine my passions for writing and conservation to inspire others. ​